Fat Coffee: The Science Behind The Bulletproof Coffee For Limitless Energy 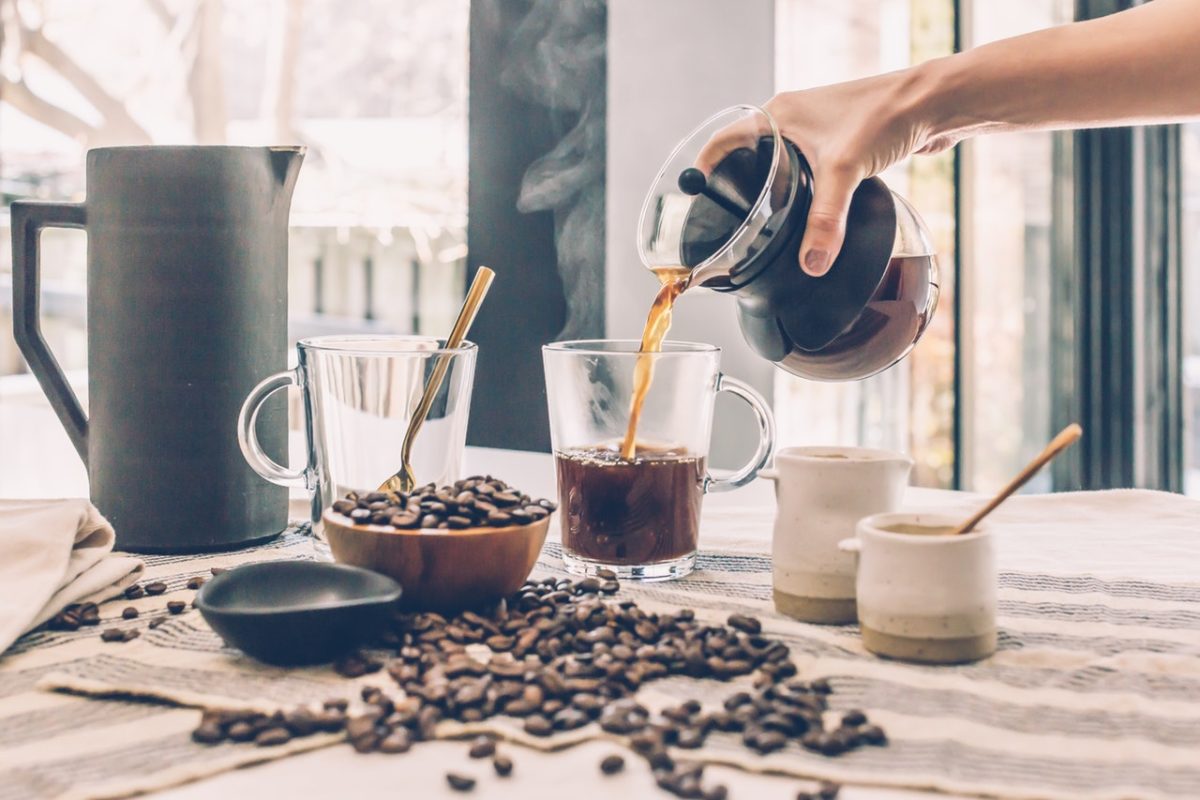 Contrary to popular belief, fat is not actually bad for your health. This misconception applies to coffee as well that is often to blame for rapid heart beats and insomnia. Not knowing their other benefits, these two have never been advisable for working out, until recently – in the form of the fat infused coffee.

What is Fat Coffee?

Fat coffee, also known as bulletproof coffee or keto coffee, was invented by Dave Asprey, an entrepreneur and biohacker. What inspired him was a yak-butter tea given to him by a local in Tibet back in 2004.

At that time, he was suffering from obesity. It affected his mental and physical functions. He was surprisingly refreshed by that cup of tea that he had to figure out what made it do what it did. When he came back home, he did a lot of experiments and came up with his bulletproof coffee concept in 2009.

The coffee is the core of his bulletproof diet, which promoted high fat, low carb and  moderate protein consumption. What separates it from a regular coffee is its fat content. This is because fat plays a big role in ketosis, which is what you are after in intermittent fasting and ketogenic diets.

Why is ketosis good?

Low carb, high fat, moderate protein – this is the basic rule of ketogenic diets and other types of low carb diets. When there is not enough carbohydrates to get energy from, the body switches to turning fats into ketone bodies for energy. This can be either fats consumed from your diet, or the excess fat on your body. This state is called ketosis. Ketone bodies or ketones have a number of amazing benefits and can even be supplemented as exogenous ketones.

For those who wish to lose weight, the good news is that ketones can decrease your appetite so you will eat less. Aside from this, being in ketosis means your body is burning fats for energy (goodbye stubborn belly fat!!).

Ketone bodies are also easier for the body to convert into energy and protects the mitochondria (this is where ketones are converted to energy that can be used). The brain uses ketone energy and it is actually its prefered fuel, so it will run more efficiently with the use of ketone bodies.

So basically, ketosis is when the body uses ketone bodies for energy instead of glucose. They both function the same way but using ketone bodies has added benefits. Drinking a high fat keto coffee will help you enter into a state of ketosis faster, and even making people not following a ketogenic diet produce some ketones.

What’s in a fat coffee?

The ingredients in a fat infused coffee aim to give you more energy and more capability to perform well physically and mentally. It consists of three essential ingredients:

The most obvious ingredient is of course, coffee beans. But not any coffee will do well. Low quality coffee can do the opposite of what you would want to achieve – it can drain your energy and thinking capacity as many of them contain mold. It is recommended to choose 100% Arabica beans that are mold-free to be on the safe side. This type of coffee bean is of higher quality compared to Robusta, and it is less acidic.

There are two things people worry about when it comes to coffee: dehydration and caffeine’s effects.

What about caffeine? With the right amount, caffeine could actually make you more awake and alert and make you feel energized and less tired. Caffeine has also been proven to increase ketone body synthesis. This, together with fats, is the perfect combination to promote ketosis in your body.

Butter is commonly perceived as a big no-no for health-conscious individuals because it is wrongly known to be unhealthy due to its saturated fat content. But according to recent studies, the fat found in butter, conjugated linoleic acid (CLA) can actually cause fat loss as well as being beneficial for the heart.

Grass-fed cows produce butter that has more CLA content as well as several other nutrients such as healthy fatty acids, beta-carotene, vitamin A, E, K, and D. The saturated fat content of butter also has been shown to relate to higher testosterone levels. Higher levels of this hormone means better results from your muscle building workouts.

Grass-fed butter also contains a short-chain fatty acid called butyrate. This fatty acid has been proven to promote good brain health and reduce the risk of brain diseases as well as some cancers.

The plus side of having butter in your coffee is that it gives a creamy texture to your drink and makes it taste a whole lot better!

Another good source of fats, medium chain triglyceride, aka MCTs, from MCT oil or coconut oil (less concentration) has a number of benefits such as weight loss, better brain function, higher energy, and may help prevent some diseases such as cancer and diabetes.

Unlike long-chain fats, MCT does not get stored as fat deposits. They instead go straight to the liver and are converted into ketones. Ketones are especially good sources of energy for those with neurological disorders like Alzheimer’s and Parkinson’s and can often reduce the negative symptoms from these diseases when consumed.

What fat coffee can do for you

The concept of eating fats makes you fat has already been debunked. In fact, the ingredients in fat coffee that cause fat loss are both fat sources. As already mentioned, the CLA in grass-fed butter can cause fat loss. MCT from coconut or MCT oil has also been found in a study to prevent obesity by decreasing body weight gain while increasing fat loss.

Skipping your meal while drinking keto coffee will help you undergo ketosis and switch your body to fat-burning mode. Consuming fat also makes you feel full quicker so that you won’t have the urge to eat for a while. All these reasons make the fat coffee a fat-burning coffee.

Too much caffeine can lead to adverse effects such as dizziness and diarrhea. But the right amount of caffeine, no more than 400mg a day (around 4 cups of coffee), can give you a surge of energy. Moreover, if you add sources of fat such as butter and MCT oil, you can get more energy from this drink than you actually would from a cereal or pancake breakfast.

Fats are calorie-dense nutrients, much more so than carbohydrates. In fact, 1 gram of fat has 9 calories compared to 4 calories from carbohydrates. Hence, drinking the fat coffee will keep you energized for longer while being in ketosis.

Ketones play a big role in brain health. The more rapid synthesis of ketones from MCT as well as from caffeine contributes to the fat coffee’s brain boosting effects.

Studies also show that the ketones which you can get from the keto coffee can help in treating Alzheimer’s. This is because in this type of disease, which also includes Parkinson’s, the brain has problems using energy from glucose. Energy is important for the brain to function; without it, the neurons in the brain will die off. With the presence of ketone bodies as fuel, the brain will be able to work once again.

Other studies also show that ketones help improve memory in those with cognitive impairments and also improve seizures in patients.

As previously mentioned, the saturated fat content of keto coffee increases testosterone levels, which improves lean muscle mass gains. Aside from this, studies also show that caffeine has positive effects on mental performance and mood. Additionally, you can calculate lean body mass to get an idea about your lean muscle gains. A lean body mass calculator works as natural assistance to calculate LBM.

One study resulted in improved speed, accuracy, confidence, and vigor of subjects who took caffeine doses. Caffeine also reduces RPE, or how much you feel your body is exerting effort, during workout.

Coffee is loaded with antioxidants. In fact, one study showed that coffee beat tea, fruits, vegetables, cereals, and wine in terms of antioxidant content.

How to prepare a fat infused coffee

At this point, your next question would probably be how to prepare such an amazing drink. It’s actually pretty easy.

For this you would need the following:

If you still doubt the importance of fats in your diet, just take it from the prehistoric people who thrived on high-fat animal foods. A researcher set out to discover what traditional people’s diets was. He found out that they were not vegetable lovers but in fact all of them ate plenty of fat. They had good health, no diseases nor defects.

When going through a high-fat diet, either with intermittent fasting or ketogenic methods, a cup of fat coffee a day would be a great source of the nutrients you need for an energy boost as well as improved mental and physical performance.